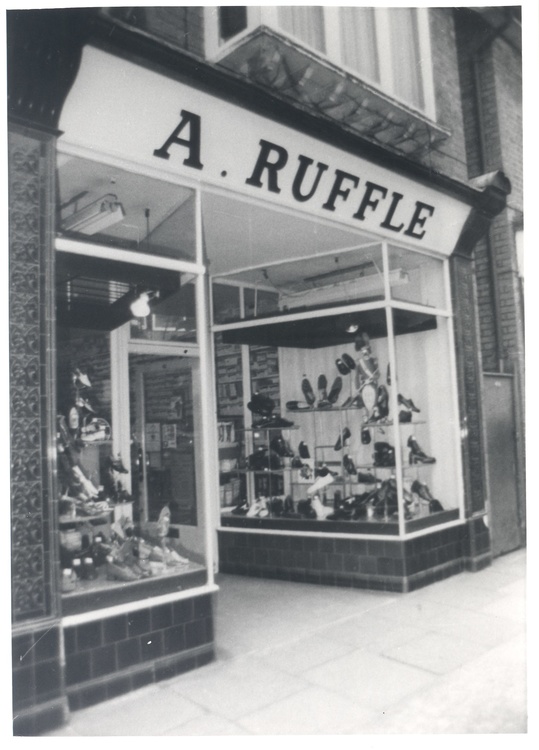 In 1918, Alice Ruffle was summarily dismissed as the acting manageress of a shoe and boot shop at 8 Baker Street. The shop - named 'Frisby's' - was formerly just across the road from where you are now standing.

This was a common occurrence after the end of the First World War. Unemployment had skyrocketed on the return of men from the army, and many of the women who had stepped into jobs while they were enlisted were consequently let go.

The recently widowed Alice therefore set up her own shop here, at number 41. She sold shoes and boots, in competition with Frisby’s, and it quickly became a hit with local shoppers. Alice and her only son, Sidney, lived above this store until 1925, after which they moved to Holstein Avenue. A pair of black leather boots officially known as 'Alice Ruffle's Boots' are now part of Elmbridge Museum’s collection. They were among the first stock purchased by Alice, and always kept under the counter as a good luck charm. Alice died in 1964, and Sidney’s wife, Kathleen, managed the shop from 1960 until her death in 1980. The shop was then managed by two of Alice's granddaughters until it closed.

Ruffle's is now home to Century 21. Visit the store to see the heritage trail panel.