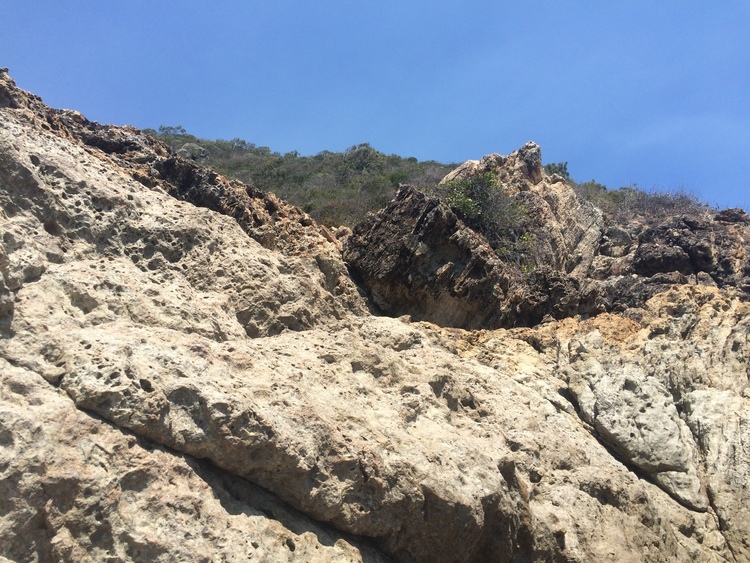 This rock looks quite different from the granite. It is the first Julago Volcanic that we will see today! This rock is younger than Castle Hill and Magnetic Island, it is about 280 Million years old. It formed when a volcano in this region erupted violently! Ash, rocks, magma and other materials exploded out of the top of the volcano and then came together to form this rock. All of the ash in the rock gives it its light colour.

The reason that CO2 comes out of volcanoes is partly due to coral reefs. As we talked about before, coral reefs are made of limestone rock, which is called Calcium Carbonate because it contains CO2. The CO2 is held in the rock in solid form, but, when the rock heats up under the extreme heat and pressure of the volcano, it explodes out as gas.