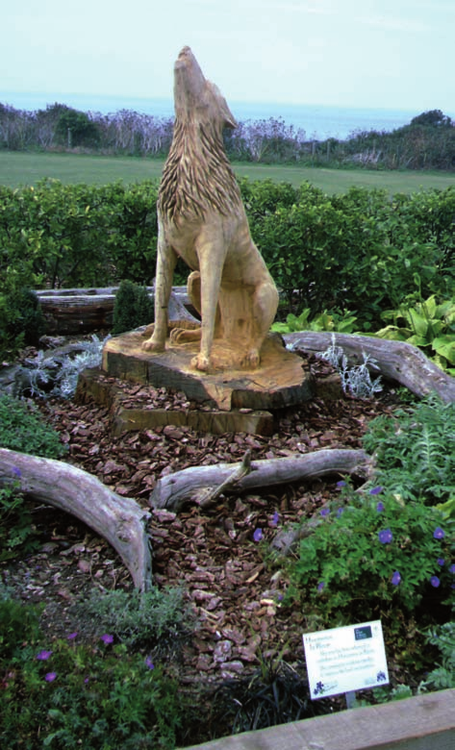 APPEARANCE OF THE WOLF

Around a month after his death, St Edmund’s supporters were guided to the location in the forest to try and retrieve his head, but it could not be found. As nightfell, they heard Edmund’s voice calling out ‘Here!, Here!, Here!. Hurrying to the spot in the shadow of the trees, they were shocked to fi nd a great wolf crouched motionless, with the king’s head totally unharmed resting between its legs. As they approached, the wolf quietly got up and retreated into the forest.