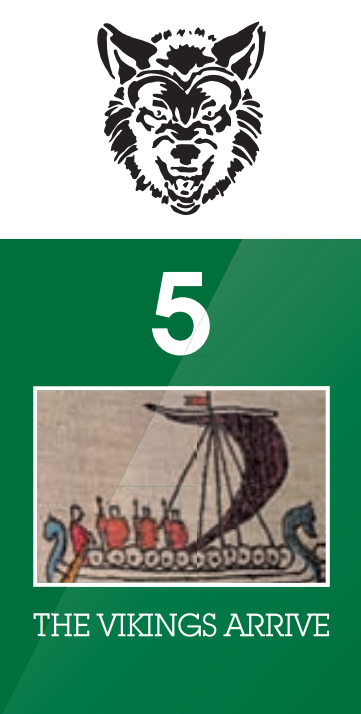 Wolf trail marker (5) depicts the Vikings arrival in the north of England in 865. The Vikings gradually moved south and after 4 years reached St Edmund’s kingdom. Following an enormous battle on Thetford plain, St Edmund retreated to one of his strongholds in Suffolk, knowing that he would be heavily defeated in any further battle. Shortly after the Viking leaders demanded that Edmund should give up his religion and rule under Viking law. Refusing to do this and to save his people from further suffering, St Edmund gave himself up