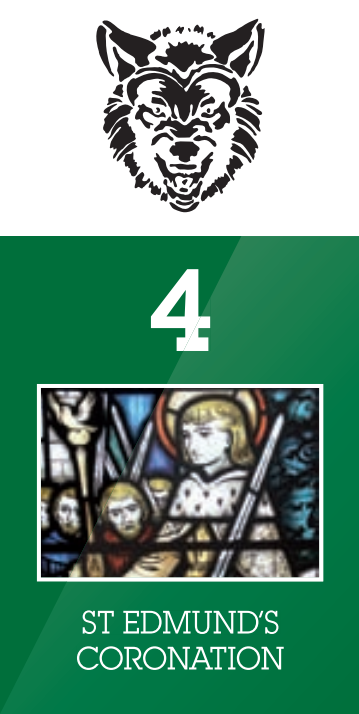 Wolf trail marker (4) depicts the coronation of St Edmund. He was crowned King of the Northfolk (Norfolk) in 855 and king of the Southfolk (Suffolk) in the following year. At his coronation, St Edmund took an oath to protect his people from the Vikings and any threat from neighbouring small kingdoms. Under his Christian rule St Edmund’s small kingdom prospered