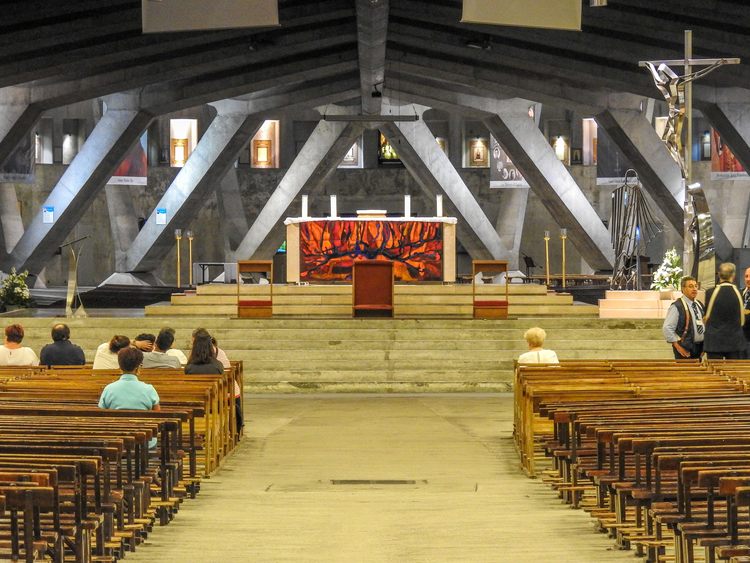 The Basilica of Saint Pius X, known as the Underground Basilica, dates from 1958, when the building was completed. It was consecrated by Cardinal Angelo Roncalli - the future Pope John XXIII -  on March the 25th that same year, the centenary of the Apparitions.

It is by far the largest of the basilicas, able to accommodate 25,000 pilgrims.   Around the walls are stained-glass representations of the Stations of the Cross, the Joyful, Sorrowful and Glorious Mysteries of the Rosary, as well as images of various saints and martyrs.

The great advantage of the Underground Basilica is that, because of its size, it can be used for major ceremonies, since none of the other basilicas or chapels are big enough.  The International Mass and other celebrations can take place here, and there is plenty of room for all the wheelchairs, pilgrims  and choirs. The most important of these celebrations has to be The Anointing of the Sick, which is a very moving ceremony, as well as being an essential part of Lourdes.