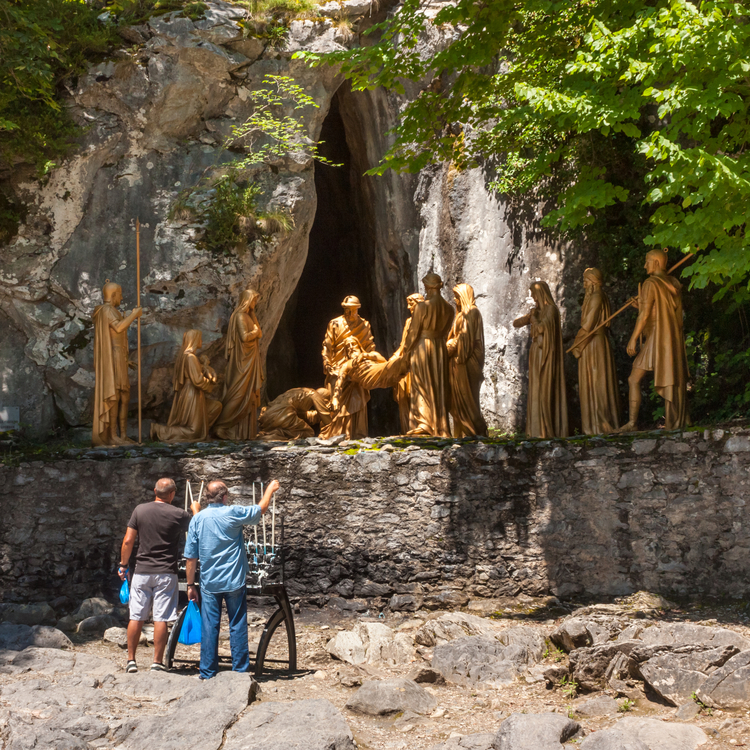 The Stations of the Cross on the hill, and those alongside the river.

The Stations of the Cross.

The life-size Stations on the mountainside are in burnished bronze, and many have found them very moving, if they are prepared for climbing 1500 metres up the rocky path.  The way looks fairly easy at first, and for the first hundred or so metres, it may be.  However, the further one climbs, the more stony and difficult it becomes, even for the able-bodied. The High Stations are accessed by a path to the left of the Basilica, taking you to the Calvary and the caves, named after Saint Madeleine and Our Lady of Sorrows, which are situated in the natural cavern of Mont des Espélugues.

It is inadvisable for those with wheelchairs, or for those who have difficulty walking, to attempt these stations on the mountain. For this reason it was decided to build, by the river, the white marble 'Low Stations'.