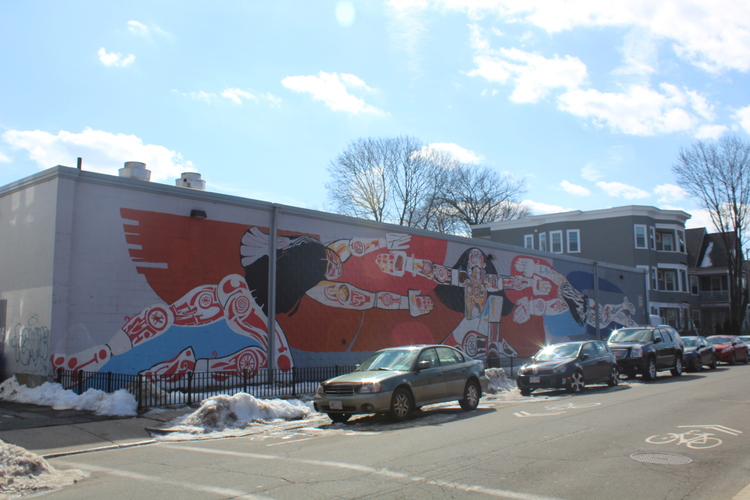 On the far side of the roundabout, just past The Haven on Perkins Street, is the Taino Mural. It was painted by Rafael Rivera Garcia in 1984, though the Boston Mural crew has touched it up since then. It features the three Taino deities who comprise the Huraca’n, an indigenous word meaning “center of the storm”; what’s known in English as a hurricane.

The temperamental wind goddess, Guabancex, crouches in the center of the mural, her arms outstretched. She is flanked by her attendants, the gods Guatauba and Coatrisque, who summon lighting and water respectively. Together, the three deities create the tropical storms common in the Caribbean.

The Taino people were indigenous to modern-day Puerto Rico and the Dominican Republic. Though colonization and enslavement brought to the islands by Cristopher Columbus greatly diminished the population, many contemporary Puerto Ricans consider the Tainos their ancestors. Garcia’s mural is a tribute to the indigenous roots of many Carribean immigrants, a large population of which lives in Boston’s Latin Quarter.