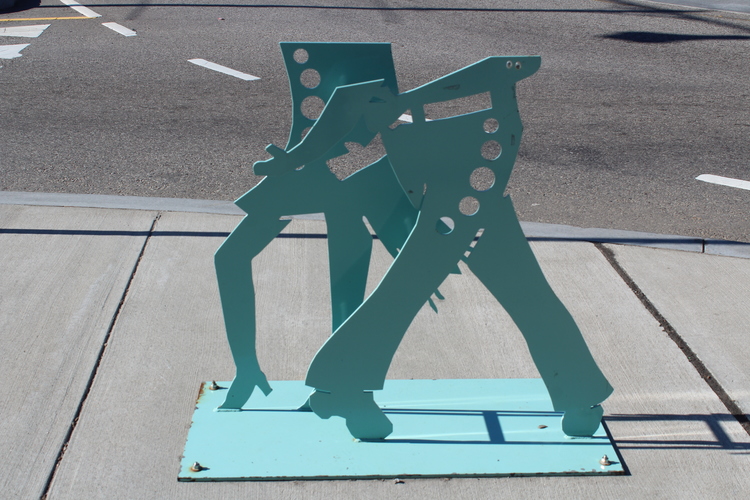 As you walk along Centre Street, the sidewalk next to you might be graced with one of a handful of Dancing Bike Racks. Led by Three Squares Main Street, the racks are made to look like the lower bodies of dancers - men in trousers, and women in sassy skirts. In December 2014, the bike racks were designed by Boston Public School students, and installed by Artists for Humanity. From Hyde Square to Paul Gore Street, outside Rizzo’s Pizza down to Jackson Square, these ‘artistic’ racks are painted bright teal - they’re hard to miss!

You can see a few bike racks from the roundabout - after the Blue Nile restaurant, turn the corner of Day Street to see the next mural on the tour!