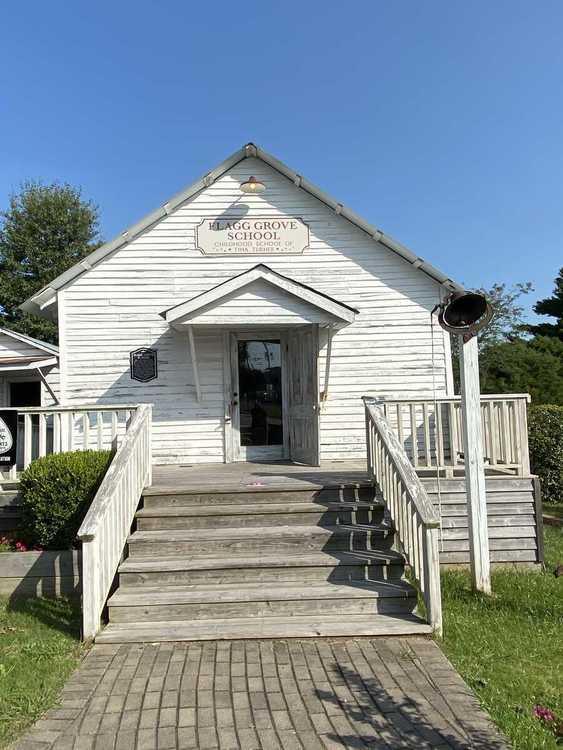 Welcome to Flagg Grove schoolhouse, the place where prolific performer Tina Turner went to school from the 1st through 8th grade. This building saw many changes over the years. In 1889, it was a school for African American children, built on land sold to the school trustees by Benjamin B. Flagg. The Flagg Grove school was a subscription school, which meant parents paid one dollar a month for their child to attend in order pay the teacher. In the 1940s Mr. Flagg’s great-niece, Anna Mae Bullock, went to school there. Later on, Anna Mae became famous under her stage name, Tina Turner.

In 1967, the Flagg Grove school was closed as part of the desegregation of schools in the United States. The building and land were sold to Mr. Joe Stephens at an auction. Then, the building became a barn, and a place to store ears of corn. The land was passed down through the family and in the early 2000s, the Stephens family donated the building to the city of Brownsville.

They planned to make it into a museum, and when Tina Turner learned about it, she enthusiastically supported the project. She helped pay for restorations and had her personal designer plan the museum. In 2014, the restored building opened as the world’s only Tina Turner Museum.