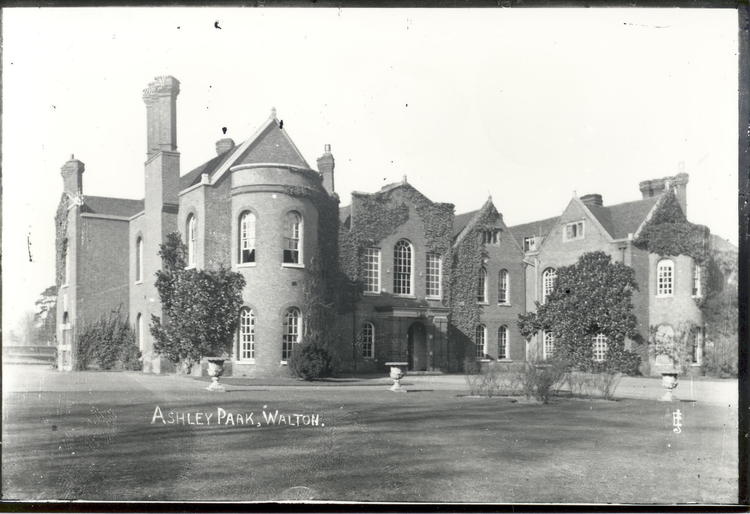 Our final stop on this trail is the extensive area surrounding Ashley Park, in Walton-on-Thames, just around the corner from our previous stop on the A244 at Walton Bridge. The entire area extending from Walton station to the modern-day high street was once a huge private estate belonging to the Sassoon family. Hints of the former estate and grand manor are still visible in some of the road names scattered around the area, such as 'Ashley Park Road', 'Ashley Drive', and 'Ashley Rise'.

The Sassoon family purchased the Ashley Park Estate in 1867, when David Sassoon bought it. David Sassoon was born in Bombay, then under British control, in 1832. He was part of a huge and famous trading family, and his father (also named David) had amassed wealth through his involvement in the opium and cotton trades. A highly addictive drug, opium was made from poppies grown in British India, the cultivation of which often devastated many of the local farming businesses in the surrounding areas. Despite the import and use of opium being banned in China since 1800, after its production the drug was smuggled into China by British merchants. This abuse even sparked two seperate Opium Wars between the British Empire and China, in 1839 and 1856.

David Sassoon continued this lucrative tradition, and later used his wealth to move to England with his wife Flora, settling at the luxurious Ashley Park.

The estate and house, which included a golf course, were eventually passed on to David's son, Joseph. Early in the 1920s, Joseph's nephew - the famous First World War poet, Siegfried Sassoon - visited the Ashley Park estate while staying with his friend and fellow writer E M Forster in Weybridge.

In 1923, the Ashley Park estate was sold for re-development. Subsequently, the house was demolished and the grounds built over. The cricket club, however, which was set up by Joseph Sassoon, still operates today on the same plot, and is where we are now standing.