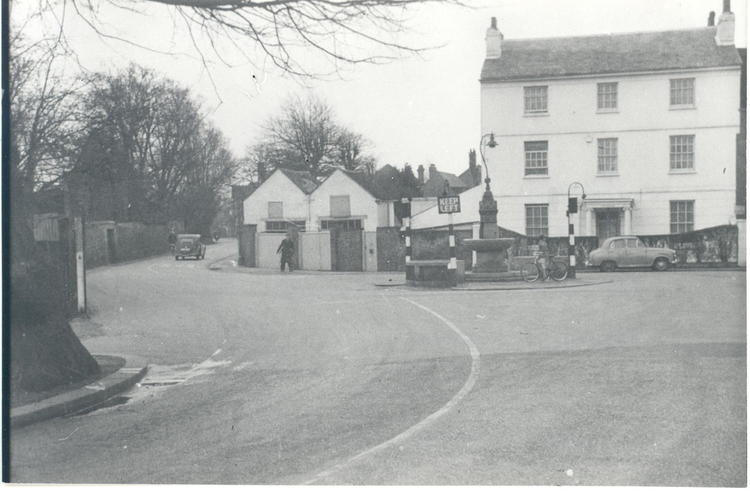 Our first stop is at the top of Thames Ditton High Street. As you stand at the roundabout with the High Street behind you and your back to the River Thames, you will be faced by a large white Georgian house, on the right side of the turn off for St Leonards Road. The house was formerly known as Picton House, and a blue plaque has been put up next to the front door of the property to mark its significant historic resident.

Originally from Senegal, Cesar Picton was born in 1755, and enslaved by the time he was six years old. In 1761, he was bought as a present for Sir John Philipps, a Member of Parliament who lived at Norbiton Place near Kingston. Although he was not treated the same as enslaved people sent to work in Britain’s American colonies, Cesar was seen as property, and forced to work as a pageboy. This was a common practice among the white British upper classes, at a time when the legal status of enslaved people brought to England was still unclear. It would remain so until 1772, when it was officially ruled against, in the Somerset v Stewart Case.

On the death of Lord and Lady Philipps, Cesar used the legacy of £100 left to him to claim his freedom and become a successful coal merchant, taking on the surname  'Picton' from the Philipps' family coal mining estate of the same name in Pembrokeshire. He initially occupied number 52 High Street in Kingston. This property backs onto the River Thames, and was where Picton conducted most of his business. Eventually, after amassing a healthy fortune, Cesar settled at this house in Thames Ditton, buying it for £4000. It was here that he lived out his final days, dying here in 1836.

Next
Elmbridge and Empire
HOME