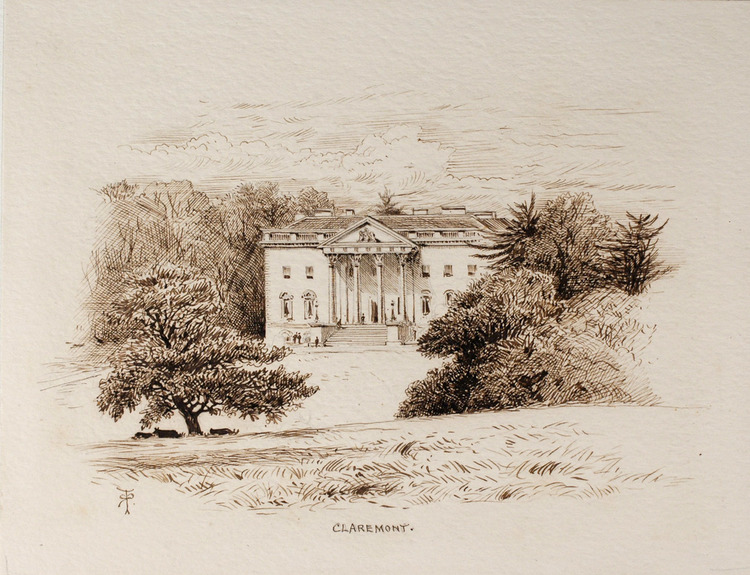 As you follow the A307 out of Esher High Street, towards Cobham, you will come to our next stop, the National Trust garden of Claremont, on your left.

The imposing Palladian mansion, fronted by four towering pillars, sits within acres of parkland and is now occupied by Claremont Fan Court School. It is without doubt one of the most prominent stately homes in Elmbridge’s landscape. The building which can still be seen today has strong links to the British Empire.

It was at one time owned by Lord Robert Clive, a hugely rich nabob of the British East India Company and one of the most controversial figures of his day. His capture and governance of Bengal and other territories laid the foundations for Britain's Indian Empire, and as the first Governor of the Bengal Presidency, he oversaw the suppression of thousands of people, amassing a huge amount of money while doing so.

Lord Clive had bought Claremont in 1768, after the death of its former resident, the Duke of Newcastle. Clive immediately commissioned the English landscape architect, Lancelot 'Capability' Brown, to redesign and rebuild the house and gardens, reputedly spending over £100,000 of his vast fortune on the project, the results of which can be seen today.

However, Robert Clive died the year the house was finished, in 1774, so never lived in the finished property. It was just two years after a Parliamentary enquiry into the Company's practices in India had started in 1772 and come to damning conclusions on Clive's practices there.