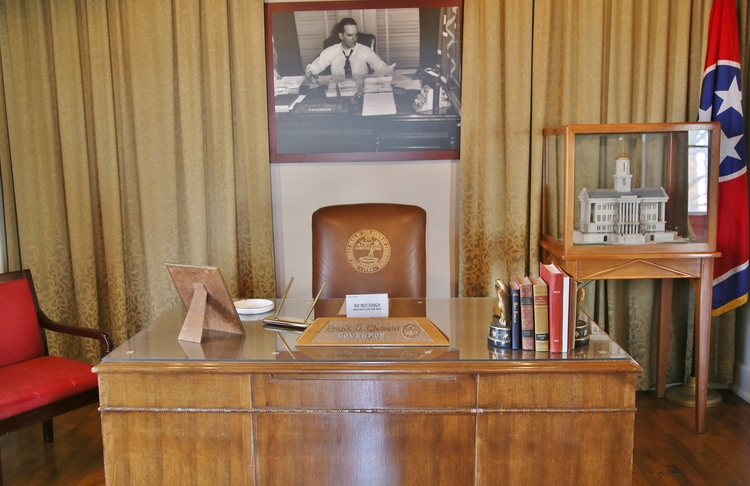 The remaining four exhibit rooms trace the history of Governor Clement and are basically self-explanatory. According to his younger sister, Annabelle (Clement) O'Brien, herself a state senator, Frank Clement decided at age 16 that he would become governor because it was unfair that public school students had to pay for their own textbooks.

Elected in 1952 as the youngest Tennessee governor in modem times, he lobbied for the provision of free textbooks as one of his first acts. During his three terms he established the first mental health department in the nation and saw the construction of the interstate highway system in Tennessee. One of his greatest achievements was to lead Tennessee peacefully through the process of integrating the public schools.

On display in the rooms are trophies he won for public speaking while still in high school, campaign memorabilia, family photos. A representation of his office as Governor, with authentic furnishings-and on the governor's desk-the gilded telephone presented to him by Southern Bell Telephone Company which can be seen in one of the portraits.