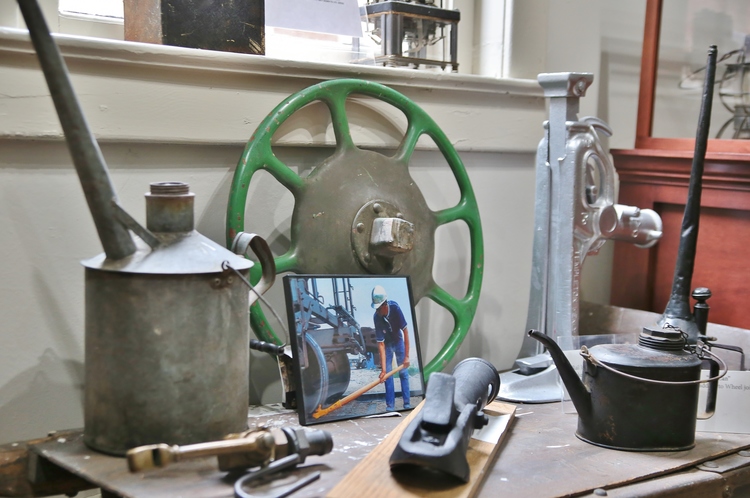 Since Dickson began as a railroading town, it is fitting that one exhibit room is devoted to railroad memorabilia. The headlight on the right wall is original from an NC & Saint L locomotive.

Both cases on the outer wall display various railroad memorabilia, and the case beside the door houses several lanterns of the type used before modern electric lights and signals.The mock locomotive interior is popular with younger visitors, particularly the whistle, which really works.

Below the touch-screen is a whistle marker from the Nashville, Chattanooga and Saint Louis (NC & Saint L) line. Whistle markers alerted the engineer to a crossing that was near so that he could warn anyone in the area. The markings indicate that he should blow two long and two short blasts.

Be sure to spend some time exploring the history of Dickson by using the touch-screen.Choose a category, then touch the colored banners to see a photo and read its history.

Originally this room and the remaining two were the manager's apartment, which explains the door that leads into the next room.