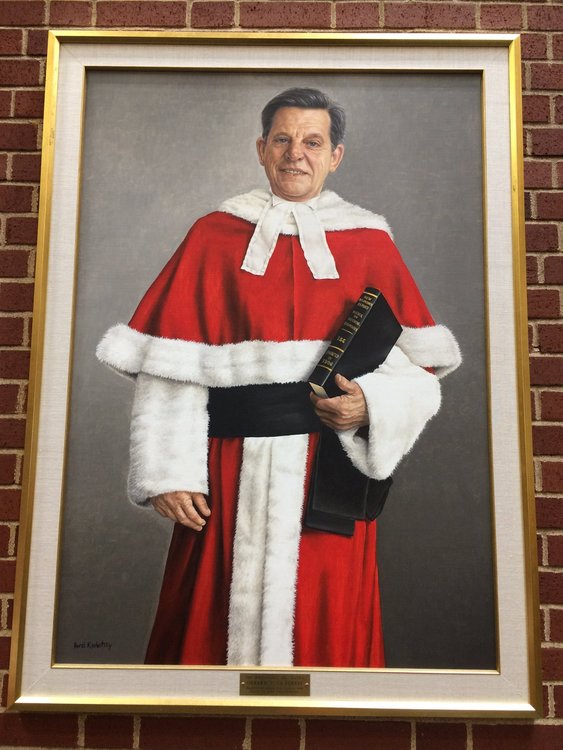 It would be impossible to list all of Justice La Forest’s many accomplishments, and his intellect and achievements have been recognized around the world. He is a Fellow of the Royal Society of Canada and the World Academy of Art and Science, and has been awarded honorary doctorates by several universities, including the University of New Brunswick. In 2000, he was made a Companion of the Order of Canada.

You can read more about Justice La Forest, including a detailed bibliography of his books, articles, and jurisprudence, on our website under Our Unique Digital Collections.

Notice that the wall behind the portrait is made of brick. If you look above, you’ll see windows. These windows go to the professors’ offices on the third floor of the law school. The reason their windows open to the library is because this used to be an exterior wall before the library was expanded in 1984. Once upon a time, where you’re standing used to be outside.