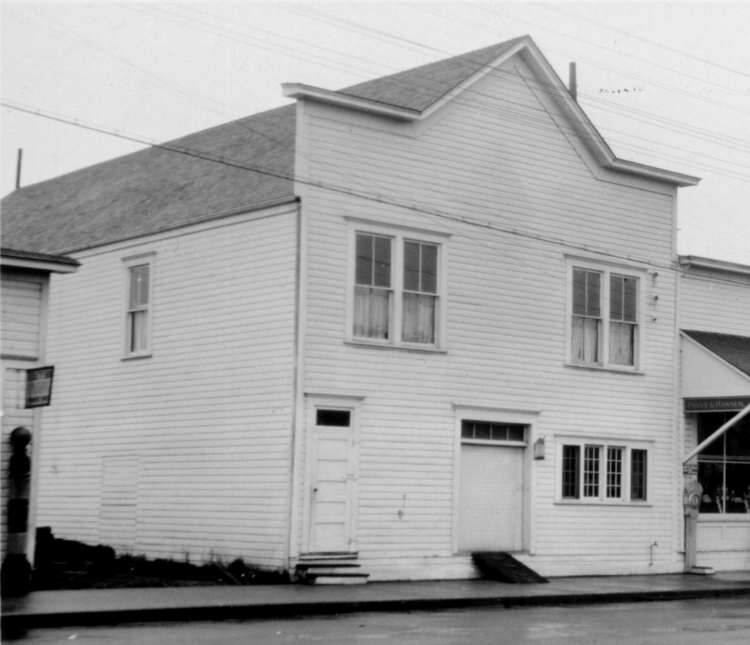 The People’s Union of East Stanwood played a central role in the development of that area following the opening of a railroad depot in 1891.  It was the home of an economic base drawing in independent farmers of the area to form a cooperative.  In June 1916 the Stanwood Tidings newspaper reported that, “inspired by the principles of co-operation and believing that a farmers store, owned and controlled by farmers, meant better service and lower prices, the People’s Union Store came into being in 1903."

The People's Union expanded in 1904 with a hall upstairs and a warehouse on the west side of the main store.  The meat market was in operation by 1905.  Much of the activities of business and community life was centered at that building including many meetings held at the People’s Union, especially in the hall.  It became a kind of a public forum where almost everything that concerned neighbors was discussed or otherwise taken care of.  "It was a good place for socials, ladies’ aids, concerts and programs of every kind, and a good place for the practice of singing and of music."

New city officers assembled at the People’s Union to decide the name for their new and growing community prior to East Stanwood’s incorporation in 1922.  Ellen Yngve was its last manager from 1921 to 1923.  At that time Yngve, in partnership with James Hansen, bought the building continuing its operation as a store.