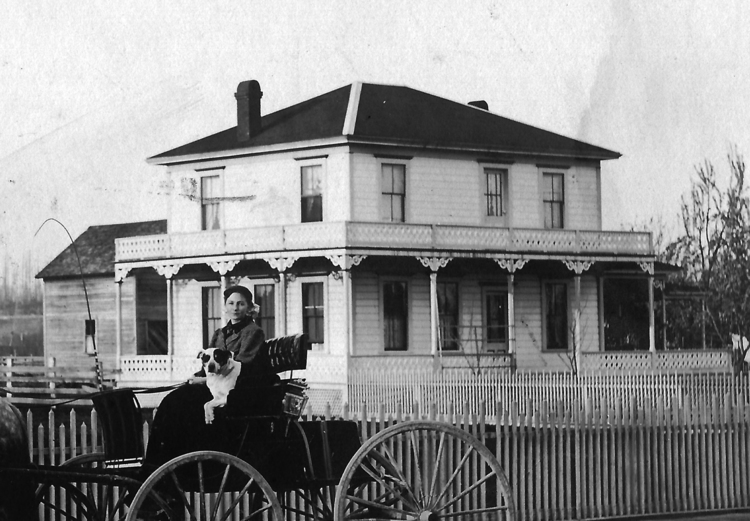 The Stanwood House was the home of Stanwood merchant S. A. Thompson.  The Norwegian immigrant built this house next to the mercantile, warehouse and hall of J. H. Irvine that he purchased in 1903 along with partners Alfred and Carl Ryan.  The store was located on Main Street and all three buildings are shown on the 1905 Sanborn map.  Thompson, born Sven Amandus Torbjornsen, changed his name after arriving in the United States in 1880.  He married Johanne “Jennie” Berg in Minnesota and by the late 1880s they had moved to the Stanwood area.  In 1903, he also ran to become the first mayor of Stanwood, losing to D.O. Pearson by two votes.  The home is a two-story hipped roof Colonial Revival with crown moulding.  The residence went through various iterations over the years including an antique store and a bed and breakfast.  In 1957, Richard and Frances Trusdell bought the home, built an addition on the west side and offered painting classes and sold art supplies.  The house was  purchased in 2003 by Chaim Bezalel and Yonnah Ben Levy who today continue to use the home as an art gallery and teaching center as well as making it their home.