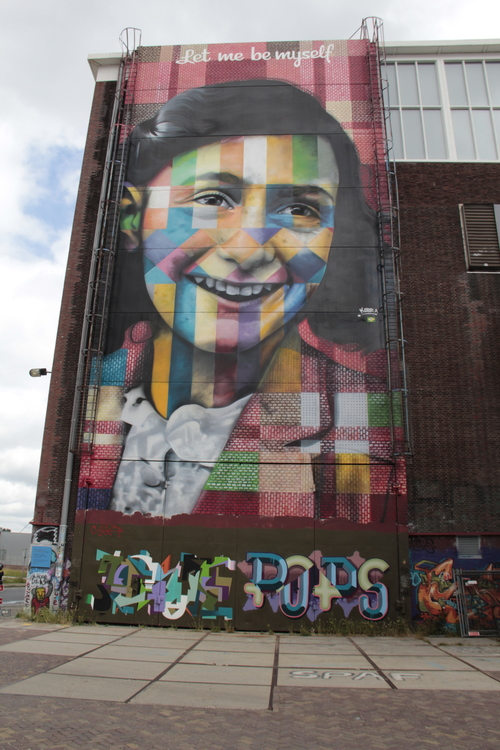 Let me be myself

You are now looking at an artwork named 'Let me be myself' from the Brazilian street artist Eduardo Kobra.

On the 1st of October 2019 he put his last hand on the 240 square meter portrait of Anne Frank.

To make this artwork Kobra used over fourhundred spray cans.

This vivid work of Kobra is easily recognised because of the geometrical shapes and bright colours.

In 2016 Kobra was also an official artist during the Olympics in Rio de Janeiro, There he painted an Olympic wall of 3000 square meters, he is currently holding a record for world's biggest mural

Prev Next
The Art Lot
HOME