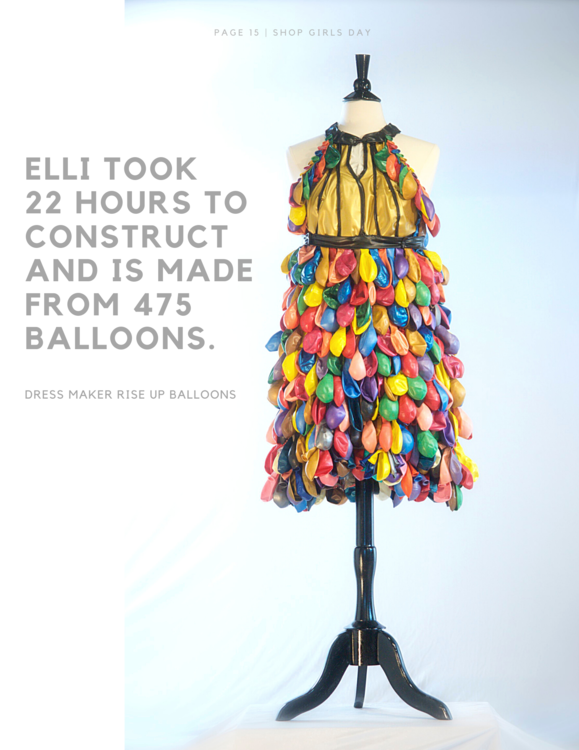 Tracey Wolf gives us a glimpse into dress making with balloons.

Ellie is submitted by Rise Up Balloons, LLC. Ellie represents our business well as we are both designers and fabricators of balloon décor, as well as retailers of balloons. Ellie’s skirt was inspired by the movie, UP. She was fabricated using 260-size balloons, (think balloon animal balloons), 660-size balloons, (also a twisting balloon), 11-inch round balloons, and 30-inch balloons.

Our favorite detail is probably the neckline, which is made out of four 660-size balloons. Most of the balloons were sewn on by hand. Ellie took over 22 hours to construct and is comprised of about 475 balloons.

Due to the stretchy nature of the latex, the knots sometimes pulled through the balloons, making this a painstaking process. During the fabrication process we took a photo to show someone our progress and realized that the top of our dress did not translate well on film…Although we still had details to add, it had the potential to look inappropriate so we decided to tear it down and try again.

We hope that you enjoy Ellie. Perhaps there will be an Ellie 2 at some point!