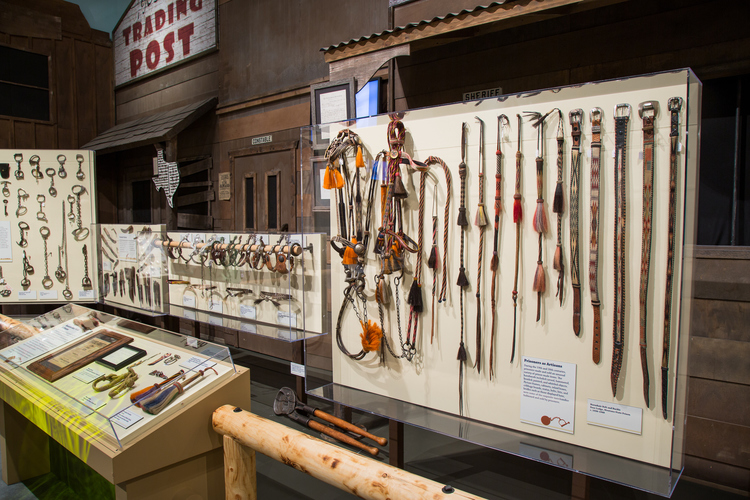 Western Gear Made in Prisons

The craft of horsehair hitching involves tying dyed strands of hair into a continuous series of tiny knots. One item may consist of tens of thousands of individually hand-tied knots, making this a very time-consuming craft. For example, a complete bridle could take more than a year to make. Most American horsehair hitching was done in western prisons where inmates had ample time to learn and practice the craft. Hitching probably originated in Mexico where it was passed from indigenous people to the early vaqueros or Mexican cowboys who in turn, taught it to their Anglo counterparts. Hitched horsehair gear was primarily decorative and not used as everyday working gear. The condition of surviving examples suggests that many items were never used.