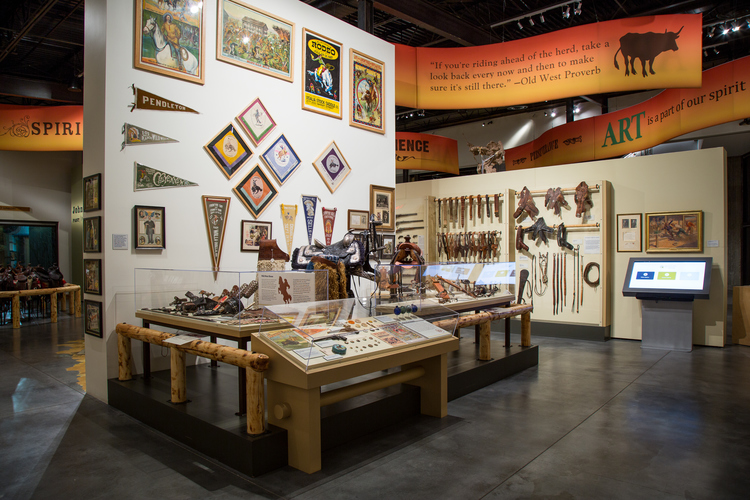 Wild West Shows and the West in Hollywood

Beginning in the late 1870s, millions of Americans began reading the dime novels that depicted the American West. Beadle and Adams were among the leaders in pulp fiction, along with Wild Bill Hickok and Pawnee Bill. Advertisements that depicted the bandits, heroes, and performers of the Old West could be found on playing cards, tobacco cards, gum cards, admission tickets, and trading cards. Photographs, letters, and envelopes transmitted to the public the popular images of frontier heroes and swashbuckling gallants.

Movie-style cowboy gear was not limited to movie stars. Wealthy ranchers, rodeo performers, dude ranch guests, and anyone who was captivated by cowboy fashion could outfit themselves with a visit to a Western store, or through mail order catalogs. Men and women from across the American West often brought heavily decorated gear for use in parades, fairs, and horse shows. Although most saddle makers offered their gear with extra decoration for an extra price, a few makers dominated the field of movie-inspired cowboy trappings as did Edward H Bohlin. A silversmith by trade, in 1922 Bohlin opened a saddle shop in Hollywood and became the “saddle maker to the stars.”