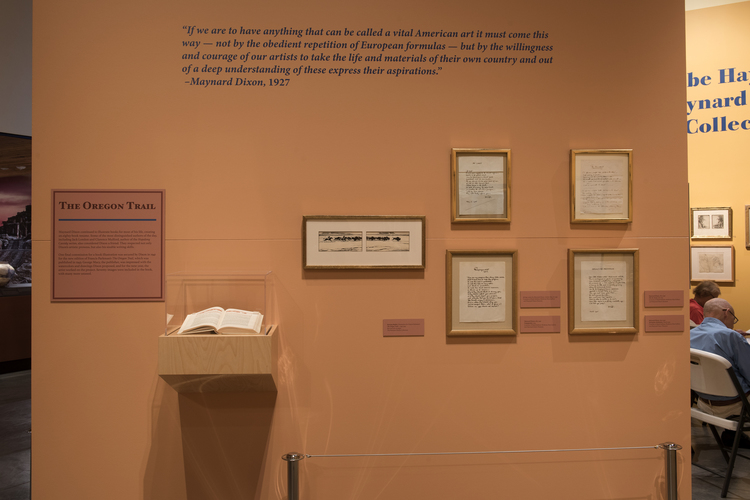 Maynard Dixon continued to illustrate books for most of his life, creating an eighty-book resumé. Some of the most distinguished authors of the day, including Jack London and Clarence Mulford, author of the Hopalong Cassidy series, also considered Dixon a friend. They respected not only Dixon’s artistic prowess, but also his sizable writing skills.

One final commission for a book illustration was secured by Dixon in 1941 for the new edition of Francis Parkman’s The Oregon Trail, which was published in 1943. George Macy, the publisher, was impressed with the watercolors and drawings Dixon proposed, and for the next year, the artist worked on the project. Seventy images were included in the book, with many more unused.