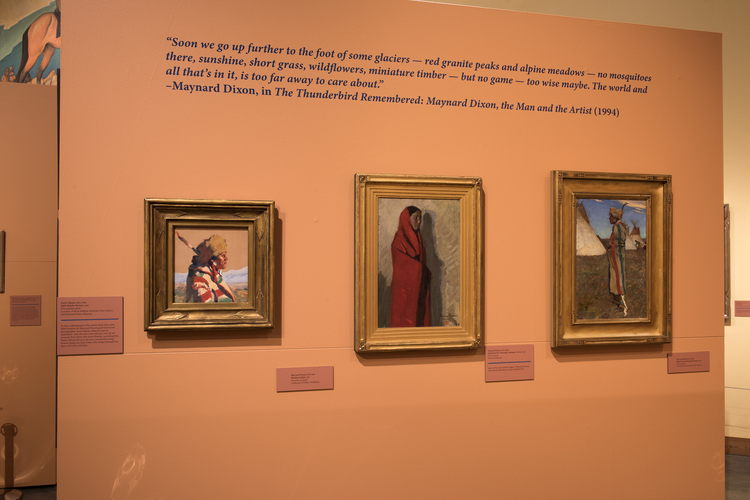 Maynard Dixon visited Montana twice, the first time in 1909 followed by a second trip in 1917. Dixon and his seven-year-old daughter, Constance, arrived in Montana in late August of 1917. His plan was straightforward: to visit his friend Charles Russell at his camp, paint the wilderness and its inhabitants, and make some painting sales at the Great Northern Hotel. It had been eight years since he last visited Montana and his goal was to produce a significant body of work. Dixon had the time to paint, observe the region, and fulfill a dream to explore the Plains Indian culture. The Native Americans he met and lived with during that period were the inspiration for the majority of his paintings that he produced about Montana.