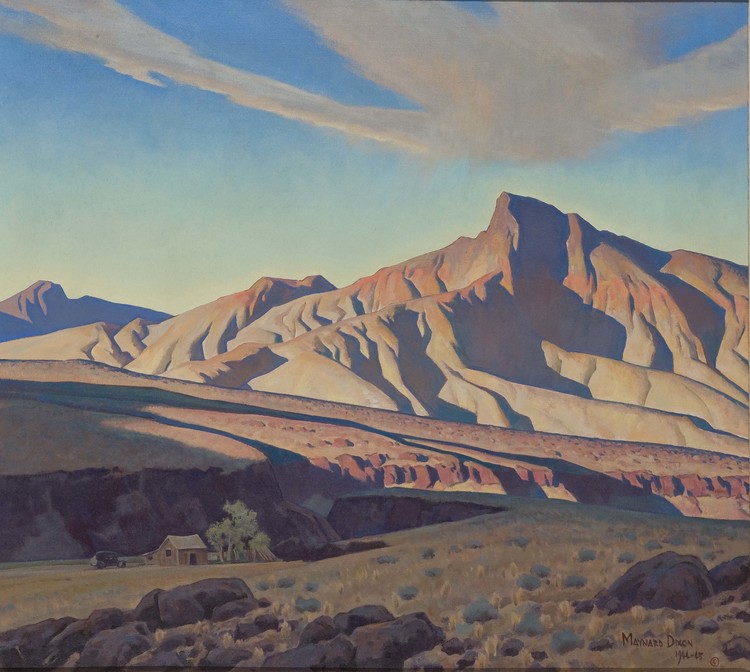 In July 1900, Maynard Dixon traveled for the first time “East to see the real West,” as his mentor Charles Lummis had encouraged him to do. Lummis, a well-known journalist whom Dixon met in 1895, became one of the most important people in his life — a man the artist believed provided him with the confidence in his own ideas that he needed to survive in the commercial art world. Dixon followed Lummis’ advice and traveled to Montana, Utah, Nevada, Arizona, and New Mexico. Dixon would return to Arizona throughout his lifetime, ultimately making Tucson his final home. His Arizona paintings represent his entire repertoire of artistic styles that he employed during his prolific career. Dixon’s trips lasted weeks, even months, and provided the artist with inspirational material to create his artwork. He made hundreds of small drawings and sketches on his trips, annotating them with the year, location and even colors. He also rendered field sketches in oil, some highly finished and others quickly drawn. Dixon painted most of his larger canvases, those 25 by 30 inches or larger, in the studio after his return from a trip, working from drawings and sketches.