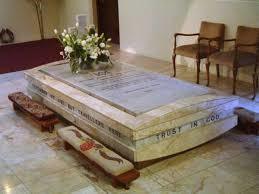 MacKillop died on 8 August 1909 at the Josephite convent in North Sydney The Archbishop of Sydney, Cardinal Moran, said: "I consider this day to have assisted at the deathbed of a saint."[ She was laid to rest at the Gore Hill cemetery.

After MacKillop's burial, people continually took earth from around her grave. As a result, her remains were exhumed and transferred on 27 January 1914 to a vault before the altar of the Virgin Mary in the newly built memorial chapel in Mount Street, North Sydney.