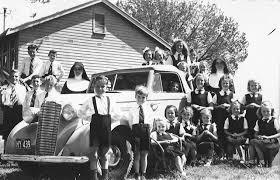 The Josephites were unusual among Catholic church ministries in two ways. Firstly, the sisters lived in the community rather than in convents. Secondly the congregation's constitutions required administration by a superior general chosen from within the congregation rather than by the bishop, which was uncommon in its day. However, the issues which caused friction were that the Josephites refused to accept government funding, would not teach instrumental music (then considered an essential part of education by the church) and were unwilling to educate girls from more affluent families