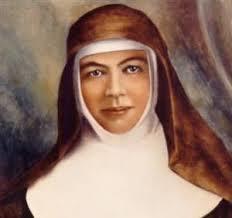 In 1866 Mary MacKillop joined with her sisters to open a Catholic school in Penola. The school was in a renovated stable. Mary made a declaration to God. Later in 1866, several other women joined Mary and her sisters. Mary took the religious name, 'Sister Mary of the Cross', The group of women called themselves, 'Sisters of St Joseph of the Sacred Heart'. They opened a new school and moved to Adelaide. It was at this time they began to wear brown and were known as "The Brown Joeys".