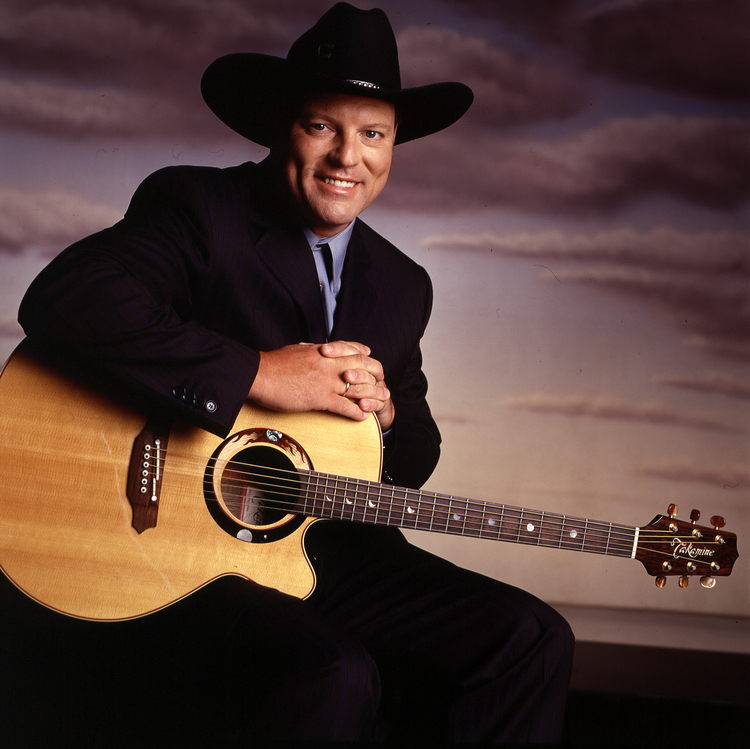 John Michael Montgomery was born in Danville, Kentucky on January 20th, 1965. He was raised in Garrard County where he developed an interest in the music world at an early age. Montgomery and his older brother, Eddie, were both inspired by their father, who performed in a local country band and taught his sons their first chords. John Michael then joined the family band as a guitarist, and when his parents divorced, Montgomery took on the lead singing role. Later he began to play the local honky-tonk circuit with his brother Eddie, and while playing at a club in Lexington, Kentucky, he was discovered and signed by Atlantic Records.

His first album, Life’s a Dance, came out in 1992 and was the only album to sell a million copies by a new artist that year. The title track “Life’s a Dance” charted at #4. The single “I Love the Way You Love Me” received the single of the year from the Academy of Country Music. It also received the #8 Video of the Year from CMT.

Montgomery’s next endeavor was Kickin’ It Up in 1994. From this album came his first #1 single “I Swear”, which topped both the country and pop charts and made him a star. There were also two other #1’s with “Be My Baby Tonight” and “If You’ve Got Love”.

In 2000, Atlantic moved Montgomery to its parent label Warner Bros. Records after it closed in Nashville. In 2002, Montgomery’s first Warner Bros. release was Pictures, followed by Mr. Snowman in 2003 and a compilation entitled The Very Best of John Michael Montgomery. His last release with Warner Bros. was Letters From Home in 2004.

In late 2008, Montgomery founded his own label called Stringtown Records. His first album for his own label was then released titled Time Flies. His single “Forever” peaked the charts at #28. Over his career John Michael has sold over 16 million albums and has charted 15 number 1 singles.

John Michael Montgomery makes his home in Nicholasville, Kentucky with his wife and two children, and he remains committed to investing his time and talents with his loyal fans across the country.