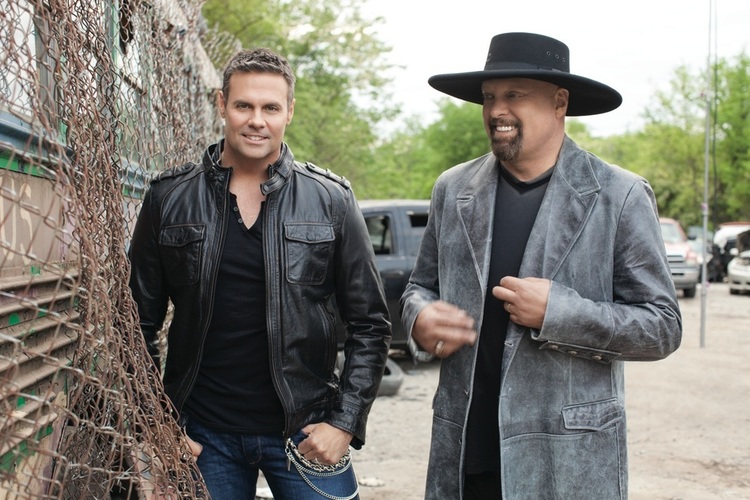 Montgomery Gentry is an American country music duo, founded by singers Eddie Montgomery and Troy Gentry, both natives of Kentucky. They began performing together in the 1990s as part of two different bands with Montgomery's brother, John Michael Montgomery. Although Gentry won a talent contest in 1994, he reunited with Eddie Montgomery after Gentry was unable to find a solo record deal, and Montgomery Gentry was formed in 1999. The duo is known for its Southern rock influences, and collaborated with Charlie Daniels, Toby Keith, Five for Fighting, and members of The Allman Brothers Band.

Montgomery Gentry released six studio albums for Columbia Records' Nashville division: Tattoos & Scars (1999), Carrying On (2001), My Town (2002), You Do Your Thing (2004), Some People Change (2006), and Back When I Knew It All (2008), and a Greatest Hits package. These albums produced more than twenty chart singles for the duo on the Billboard Hot Country Songs charts, including the No. 1 hits, "If You Ever Stop Loving Me", "Something to Be Proud Of", "Lucky Man", "Back When I Knew It All", and "Roll with Me". Ten more of their songs reached the Top 10 on the country charts, including the No. 3 hit, "Gone", the most played country song by a duo in 2005. Tattoos & Scars, My Town, and You Do Your Thing are all certified platinum by the Recording Industry Association of America. In 1999, they were awarded Favorite New Artist—Country at the American Music Awards. Both the Academy of Country Music and Country Music Association named them Duo of the Year in 2000, an award for which they have been nominated by both associations in every year since. In 2009, they were inducted into the Grand Ole Opry.

On September 8, 2017, Gentry died in a helicopter crash in Medford, New Jersey, where the duo was scheduled to perform that evening. The helicopter pilot died at the scene and Gentry died as he was being rushed to the hospital.[1] Despite Gentry's death, Montgomery continues to tour under the Montgomery Gentry name.