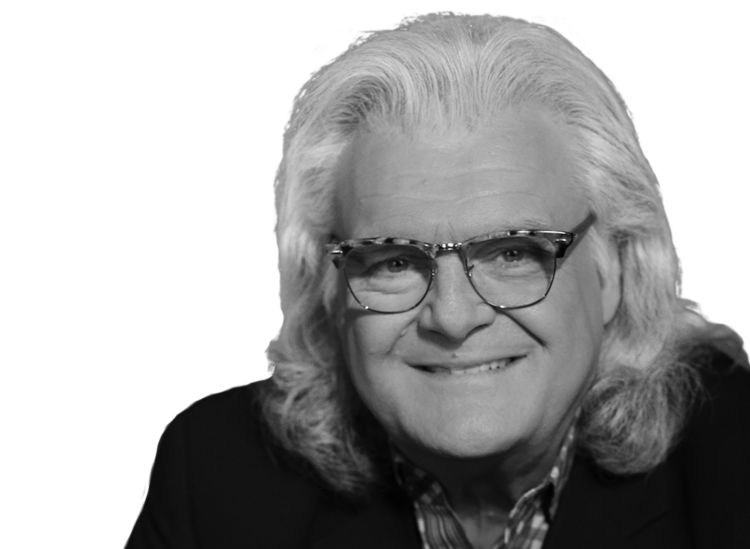 Born in Eastern Kentucky, in 1954, Ricky Skaggs was raised in the in town of Cordell, in Lawrence County. Growing up in a musical family, Ricky became an accomplished singer and mandolin player, by the time he reached his teens. By the age of 21 he had become an acknowledged master. He began his professional career playing bluegrass in 1971, when he and friend, late country singer, Keith Whitley, were invited by Ralph Stanley to join his band. He performed with J.D. Crowe and the New South on their 1975 debut album, which has become one of the most influential bluegrass albums ever released.

As a member of Emmylou Harris’ Hot Band in the late 70’s, Ricky began exploring the country scene. He reached the top of the country charts in 1981 with the release of his own album, “Waitin’ for the Sun to Shine, and in 1982 became the youngest member included in the Grand Ole Opry at that time.

Ricky was awarded many honors throughout the 80’s including the 1985 CMA entertainer of the year, four Grammy awards and dozens of other awards. At a time when the Nashville sound was becoming more and more popish, Ricky carried the torch for returning country to its traditional elements. He began returning to his own roots of bluegrass, and in the late 90’s Ricky established his own label-Skaggs family Records.

Ricky won his 6th Grammy with the label’s first release, Bluegrass Rules which also took the International Bluegrass Music Association’s ‘Album of the Year” award, while breaking new sales records for bluegrass. In 1999 Ricky and his band, Kentucky Thunder were honored with another Grammy for Ricky’s second all-bluegrass album, Ancient tones. The following year saw Ricky’s eighth Grammy for his first and only all-gospel project to date, Soldier of the Cross. Ricky Skaggs and Kentucky Thunder’s “A Simple Life” earned Ricky his 9th Grammy in the Best Country Performance by a Group or Duo with Vocals category. The song is featured on their album, Ricky Skaggs and Kentucky Thunder -Live at the Charleston Music Hall, which was destined to take its place among country and bluegrass music’s classics. With all his accomplishments, Ricky Skaggs has become one of bluegrass’ most talented and dynamic performers, pioneering a renewed vitality to his art, while expanding the horizon of tradition for the world and its future generations.