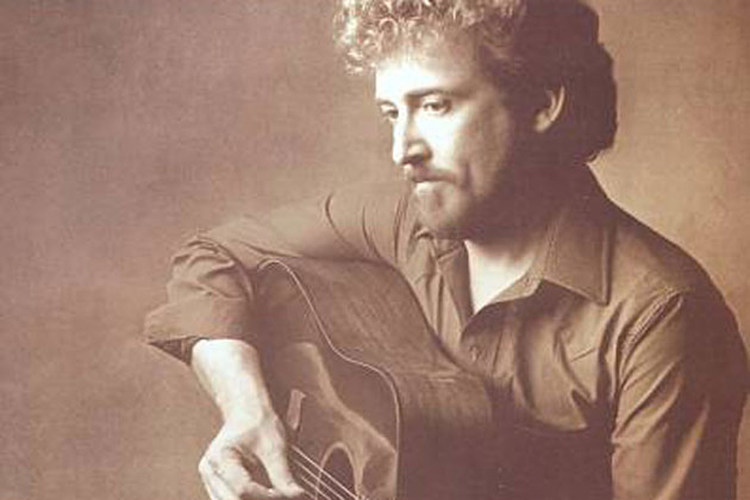 Jackie Keith Whitley was born on July 1, 1954, in Sandy Hook, KY. He learned to play the guitar at the age of 6 and appeared on Buddy Starcher’s regional TV show at age 8. In 1969, Whitley entered a musical contest with his brother in Ezell, Kentucky, and there he met Ricky Skaggs; they were instantly great friends. Skaggs and Whitley were later discovered by Ralph Stanley while playing as an opening act for the Clinch Mountain Boys Band. Upon hearing them, Stanley hired them, and for two summers Whitley and Skaggs played for Stanley until Whitley left to work with Carl Jackson in 1972. Whitley came back to Stanley in 1974, this time as the lead vocalist.

Throughout the mid seventies, Whitley also performed with J.D. Crowe & The New South. His major influences were Carter Stanley and Lefty Frizzell. In the early 1980’s, Whitley moved to Nashville to pursue his country music career. Soon after, he signed with RCA Records. His first album with RCA, was titled “A Hard Act To Follow”. During the next four years, he was able to hone in on his own sound.

His next album, “L.A. to Miami”, was released in 1986, and gained him his first top 20 hit single, “Miami, My Amy”. There were three more hit singles from the “L.A. to Miami” album, “Ten Feet Away”, “Homecoming ‘63”, and “Hard Livin’”. While on tour to promote “L.A. to Miami”, Whitley met and fell in love with Lorrie Morgan. They were married in 1986, and in June 1987, their son Jessie Keith Whitley was born. Whitley also adopted Lorrie’s daughter Morgan from her first marriage.

In 1987, while in the middle of recording, Whitley felt that the songs he was recording were not up to his standard, so he asked to shelf the 15 songs. He then asked if he could be more involved with the songs and the production of them. His next album, “Don’t Close Your Eyes”, was very well received when released in 1988. The title track as well as “When You Say Nothing at All” and “I’m No Stanger To The Rain” charted at #1. “I’m No Stranger To The Rain” earned Whitley his first CMA award as a solo artist.

Whitley approached Sony Music Nashville Chairman Joe Galante and asked him to release “I Never Go Around Mirrors” as a radio single in 1989. Galante was fond of the flexibility that the song provided but suggested that Whitley record something else that was more modern and upbeat. So he recorded “I Wonder, Do You Think of Me”, which was his next album to be released.

On May 9, 1989, Keith Whitley’s voice was silenced; however his influence on the world of country music has long since survived. His last album, I Wonder Do You Think of Me produced two #1 hits. The title track and “It Ain’t Nothin’. Two new songs written by Whitley were added to a compilation album called “Greatest Hits”. Lorrie Morgan re-recorded “Til A Tear Becomes A Rose”, and released it as duet. It reached #13 and won the CMA for Best Vocal Collaboration in 1990.

RCA released a compilation of clips and interviews as well as some previously unreleased material titled “Kentucky Bluebird”. The duet with Earl Thomas Conley titled “Brotherly Love” rose to #2 in late 1991.In 1994, Morgan organized Whitley’s friends and big names in country music at the time and recorded a tribute album to Keith, selling over 500,000 copies.

Keith Whitley continues to impact the lives of many other country artists and fans alike. His honest and heartfelt music will forever be one of Kentucky’s greatest treasures.