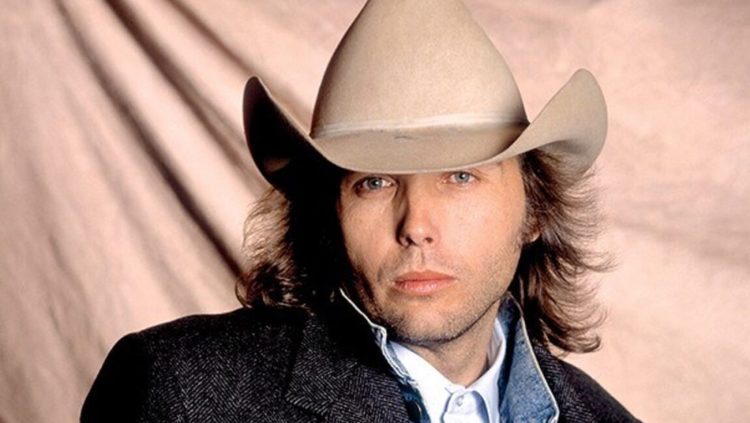 With his stripped-down approach to traditional honky tonk and Bakersfield country, Dwight Yoakam helped return country music to its roots in the late '80s. Like his idols Buck Owens, Merle Haggard, and HankWilliams, Yoakam never played by Nashville's roots; consequently, he never dominated the charts like his contemporary Randy Travis. Then again, Travis never played around with the sound and style of country music like Yoakam. On each of his records, he twists around the form enough to make it seem like he doesn't respect all of country's traditions. Appropriately, his core audience was composed mainly of roots rock and rock & roll fans, not the mainstream country audience. Nevertheless, he was frequently able to chart in the country Top Ten, and he remained one of the most respected and adventurous recording country artists well into the '90s.

Born in Kentucky but raised in Ohio, Yoakam learned how to play guitar at the age of six. As a child, he listened to his mother's record collection, honing in on the traditional country of Hank Williams and Johnny Cash, as well as the Bakersfield honky tonk of Buck Owens. When he was in high school, Yoakam played with a variety of bands, playing everything from country to rock & roll. After completing high school, Yoakam briefly attended Ohio State University, but he dropped out and moved to Nashville in the late '70s with the intent of becoming a recording artist.

At the time he moved to Nashville, the town was in the throes of the pop-oriented urban cowboy movement and had no interested in his updated honky tonk. While in Nashville, he met guitarist Pete Anderson, who shared a similar taste in music. The pair moved out to Los Angeles, where they found a more appreciative audience than they did in Nashville. In L.A., Yoakam and Anderson didn't just play country clubs, they played the same nightclubs that punk and post-punk rock bands like X, the Dead Kennedys, Los Lobos, and the Blasters did. What Yoakam had in common with rock bands like X, the Blasters, and Los Angeles was similar musical influences; they all drew from '50s rock & roll and country. In comparison to the polished music coming out of Nashville, Yoakam's stripped-down, direct revivalism seemed radical. The cowpunks, as they were called, that attended Yoakam's shows provided an invaluable support for his fledgling career.

Yoakam released an independent EP, A Town South of Bakersfield, in 1984, which received substantial airplay on Los Angeles college and alternative radio stations. The EP also helped him land a record contract with Reprise Records. Dwight's full-length debut album, Guitars, Cadillacs, Etc., Etc., was released in 1986 and was an instant sensation. Rock and country critics praised it and it earned airplay on college stations across America. More importantly, it was a hit on the country charts, as its first single, a cover of Johnny Horton's "Honky Tonk Man," climbed to number three in the spring, followed by the number four "Guitars, Cadillacs" in the summer. The album would eventually go platinum.

Hillbilly Deluxe, Dwight's 1987 follow-up, was equally successful, spawning four Top Ten hits: "Little Sister," "Little Ways," "Please, Please Baby," and "Always Late with Your Kisses." In 1988, Yoakam had his first number one hit with "Streets of Bakersfield," a cover of a Buck Owens song recorded with Owens himself. It was the first single off his third album, Buenos Noches From a Lonely Room, which continued his streak of Top Ten hits. "I Sang Dixie," the album's second single, went to number one, and "I Got You" reached number five. In 1989, Yoakam released a compilation album,Just Lookin' for a Hit, which went gold. "Long White Cadillac," taken from the collection, stalled at number 35 in the fall of 1989.

Although his 1990 album If There Was a Way didn't have as many Top Ten hits, it was a major success; it was his first album since his debut to go platinum. This Time, released in the spring of 1993, was an even bigger hit, spawning three number two singles — "Ain't That Lonely Yet," "A Thousand Miles From Nowhere," and"Fast as You" — and going platinum. After its release, Yoakam was silent for two years, returning in the summer of 1995 with Dwight Live, which didn't set the charts on fire. In the fall of that year, he released his sixth album, Gone, which went gold by the spring of 1996, although it didn't produce any major country hits. After 1997's Under the Covers, a collection of cover songs, Yoakam returned with the all-new A Long Way Home in 1998. Another compilation, Last Chance for a Thousand Years: Greatest Hits From the '90s, was released in 1999; its newly recorded version of Queen's "Crazy Little Thing Called Love" became Yoakam's biggest hit in six years, even hitting the lower reaches of the pop charts thanks to its exposure in a khakis commercial. Two albums followed in 2000: dwightyoakamacoustic.net, a bare-bones, all-acoustic revisitation of Yoakam's back catalog; and the more standard studio project Tomorrow's Sounds Today, which featured further collaborations with Buck Owens and a cover of Cheap Trick's "I Want You to Want Me."