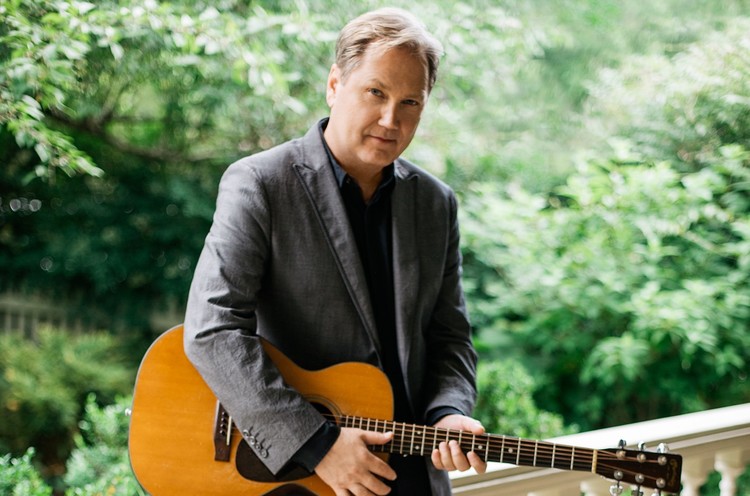 Steve Wariner was born on December 25, 1954, in Noblesville, Indiana. At a young age, he was influenced by George Jones and Chet Atkins. He began performing with father, Roy Wariner, on local radio and television programs. He later performed in local clubs, and by 17, he was hired as a bass guitarist for Dottie West. He also spent some time working with Glen Campbell who was another big influence. Next he toured with Bob Luman as the bass player.

In 1976, while touring with Luman, he was signed to RCA records by Chet Atkins His self-titled debut album spurred his first top 40 hits including “Your Memory,” “By Now” and “All Roads Lead To You,” which reached #1 in 1981.

Wariner released two more albums before signing with MCA Records in 1984.His first single for the new label, “What I Didn’t Do”, made the country Top Five and in early 1985, setting off a string of 18 consecutive Top Ten hits that included the chart-toppers “Some Fools Never Learn”, “You Can Dream of Me”, “Life’s Highway”, “Lynda”, and “The Weekend”.

Wariner recorded three more albums for MCA, when in 1991 Wariner signed with Artista Records and released I Am Ready, which was the first to be Certified Gold. His first three singles, “Leave Him Out of This”, “The Tips of My Fingers”, and “A Woman Loves” were all top ten hits. Wariner received his first Grammy in 1992 for Best Country Vocal Collaboration, alongside Vince Gill, Ricky Skaggs and Mark O’Connor on the single “Restless”.

The next album with Artista was Drive in 1993. “If I Didn’t Love You”, the first single, was a top tenhit. Wariner’s next album was an instrumental in 1996 titled No More Mr. Nice Guy. The song “Brickyard Boogie” was nominated for Best Country Instrumental at the Grammy awards. In 1996, Wariner was inducted into the Grand Ole Opry. Wariner left Artista in 1997.

During the time that Wariner was not signed to a recording contract, he had success as a songwriter inNashville with #1s with “Longneck Bottle” for Garth Brooks, and “Nothin’ but the Tailights” for Clint Black. His duet with Anita Cochran, “What If I Said” reached #1 in 1998 The success of these songs lead to Wariner’s signing with Capitol Records Nashville in 1998.

His first album with Capitol was Burnin’ the Roadhouse Down with the #2 single “Holes in the Floor of Heaven”. This was the second album to go gold. In ’98 “Holes in the Floor of Heaven” gained Wariner his first CMA awards for single and song of the year. His next album Two Teardrops was Wariner’s third gold album with hits such as “I’m Already Taken” and “Two Teardrops.”

His last top ten single was a duet with Clint Black, “Been There”. In 1999, Wariner won his second Grammy for Best Country Instrumental as a guest star on “Bob’s Breakdown” by Asleep at the Wheel. In 2000, Wariner released Faith in You, which produced two top 30 hits.

In 2003, Wariner created his own label, Selectone Records and released the album Steal Another Day. In 2005, he released The Real Life, and in 2008, he won his second Grammy for Best Country Instrumental, as one of several guitarists featured on the track “Cluster Pluck” from Brad Paisley’s 2008 album Play. In 2009 Wariner released a tribute album honoring his mentor, titled My Tribute to Chet Atkins and was inducted into the National Thumbpickers Hall of Fame. In 2010 he recieved his third Grammy for Best Country Instrumental with “Producer’s Medley,” from his tribute to Chet Atkins and fourth Grammy overall.

Steve Wariner continues share his passion for music with audiences everywhere, as one of country music’s most versatile and talented performers.