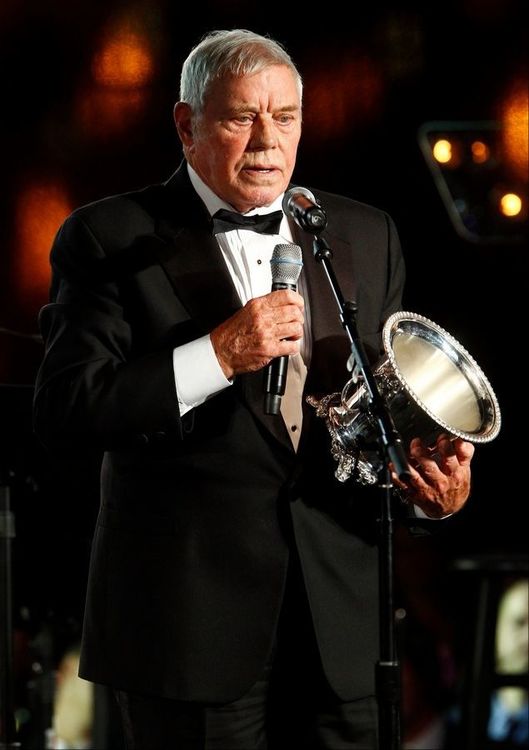 Singer, Songwriter, Storyteller, Author. One of eight children, Hall began playing at age 10. His early musical and deejay work was on WMOR in Morehead, Kentucky. He joined the army in 1957, and many of his songs in the 1960’s were about his time in the army and Vietnam.

Upon leaving the army, he moved to Nashville in 1964, to work as a songwriter, and produced so many original songs he had to start singing them himself to get them recorded. His first single, I Washed My Face in the Morning Dew, was a Top 10 hit, as was the next A Week In the County Jail, which ascended to number one on the Country Charts.

He wrote Harper Valley P.T.A., which Jeannie C. Riley took to number one on the U. S. Pop Charts. His album Storyteller included one of his most popular songs,Old Dogs, Children, and Watermelon Wine. He won a Grammy for Tom T. Hall’s Greatest Hits, and the Pop Charts again in 1974 with I Love. A member of the Songwriters Hall of Fame, Tom T. Hall has left a legacy that will be remembered for generations to come.