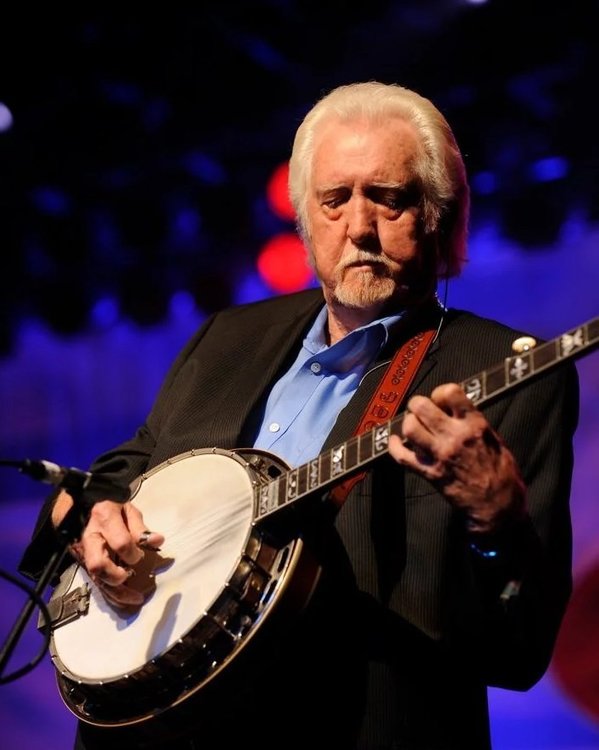 Born in Lexington, Kentucky in 1937, James Dee Crow grew up playing the banjo and listening to Flatt and Scruggs who were residents on a local Lexington station. J.D. often attended their performances, intensely observing Scruggs style of playing. J.D. worked as a builder during the day, but began and played locally at night in and around Lexington. He toured with Mac Wiseman in 1955. In the mid-60’s, he formed his own band, the Kentucky Mountain Boys, and recorded for the Lemco label. In 1971 he formed his band, New South, adopting more of an electrified sound.

Among the band members were Tony Rice, Ricky Skaggs and Jerry Douglas. Their 1975 album J.D. Crowe and The New South became one of the most influential bluegrass records of all time and featured a blend of traditional bluegrass songs with a modern style of J.D.’s own. This attracted many new young musicians to bluegrass, while still maintaining the interest of traditionalists. With their release of Live in Japan, in Tokyo, the J.D.’s band members had changed to Bobby Slone, Steve Bryant, and Keith Whitley. In 1983 The New South won a Grammy for their instrumental “Fireball.” J.D. had a string of influential albums in the 80’s with the Bluegrass Album Band, re-introducing audiences to the traditional styles of some of bluegrass music’s early masters. J.D. Crowe continues to play occasional shows with other bands. He is acknowledged by the industry as one of bluegrass music’s most talented and influential artists.