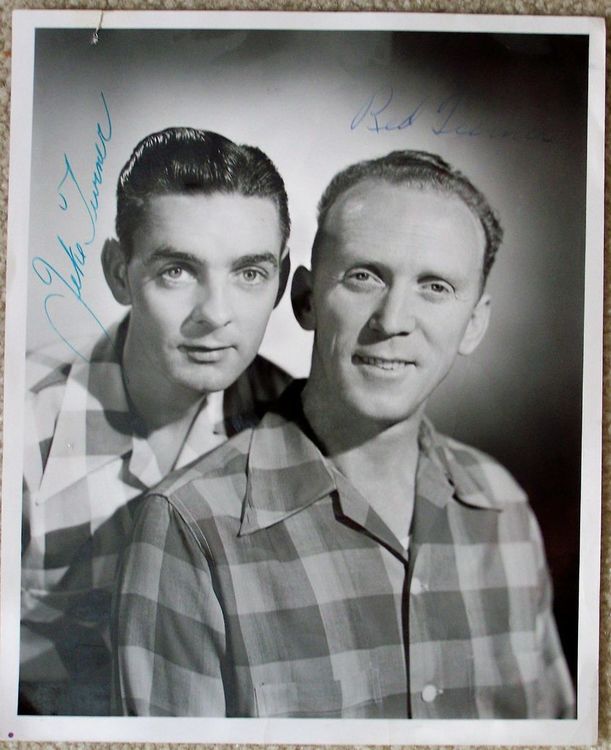 Red Turner was born on March 17th, 1916 in Middleboro, Kentucky. Turner, a county music performer and a Baptist Minister, was the son of James Franklin and Jane Rose Turner of Franklin, Kentucky. Friends said that Turner seemed to be born with musical talent, and he always dreamed of becoming a professional performer. He mastered the banjo, fiddle, piano and rhythm guitar despite never having a formal music lesson in his life. Turner married Emma Munday on August 25th, 1936, and they had two children.

He began his musical career singing over Cincinatti radio station WLW, shortly after World War II. In 1948 he began performing on the Renfro Valley Barndance show, which aired on WLW from Cincinatti's Music Hall during its first year and from Memorial Auditorium in Dayton, Ohio, in its second year. The show then moved to its permanent home at the Old Barn in Renfro Valley, Kentucky.  Also, in 1948, Turner joined the cast of WLW's Midwestern Hayride which was a popular show in the late 1940s and early 1950s. He and his brother Lige became local television celebrities, singing and playing country music while performing comedy routines. Red also made some country gospel recordings at King Records in Cincinatti, with Grandpa Jones and the Delmore Brothers, and part of the Brown's Ferry Four. Turner was later inducted into the Renfro Valley Hall of Fame, and his favorite guitar was displayed in the Renfro Valley Museum.

After retiring from show business, Turner became an evangelist. He spoke at many churches in the greater Cincinatti area, and founded the Covington Baptist Temple where he served as pastor for 17 years. He was an avid golfer, often playing with fellow pastors. Red died at the age of 79 in 1995 in Covington Kentucky.