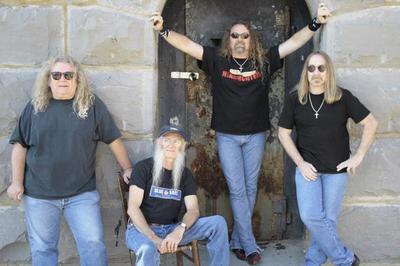 The Kentucky Headhunters are an American country rock and southern rock band consisting of Doug Phelps (lead vocals, bass guitar), Greg Martin (lead guitar, background vocals), and brothers Richard Young (lead and background vocals, rhythm guitar) and Fred Young (drums, vocals). They were founded in 1968 as Itchy Brother, which consisted of the Young brothers and Martin, along with Anthony Kenney on bass and vocals. Itchy Brother performed together until 1982, with James Harrison replacing Martin from 1973 to 1976. The Youngs and Martin began performing as The Kentucky Headhunters in 1986, adding brothers Ricky Lee Phelps (lead vocals, harmonica) and Doug Phelps (bass guitar, vocals) to the membership.

The Kentucky Headhunters have released eight studio albums, three compilations, and twenty-three singles, of which the highest-peaking is a cover of the Don Gibson song "Oh Lonesome Me," which the band took to number 8 in 1990. In addition, the band has won three Country Music Association awards, an Academy of Country Music award and a Grammy Award for Best Country Performance by a Duo or Group with Vocal, won in 1990 for Pickin' on Nashville.