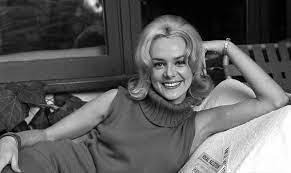 No artist captured the spirit of the 1960’s quite like singer-songwriter Jackie DeShannon. Among her many musical accomplishments, her highly acclaimed singles, “Put a Little Love in Your Heart” and “What the World Needs Now is Love”, helped establish the sentiment for an entire generation of peace-seeking youths. Born in the small Western Kentucky town of Hazel, with a population of just over 400 people, Jackie was raised on folk melodies and modest country living. She worked and collaborated with some of the biggest stars in the music industry including the Beatles, Elvis Presley, Jimmy Page, Bruce Springsteen and many, many more. In 1982, Jackie won a Grammy Award for song of the year when she cowrote the number #1 hit song, “Bette Davis Eyes”. In addition to her honors and distinctions in the music industry, Jackie also carved out a successful showbiz career and appeared in a number of popular TV shows and film series during the 1960’s, ‘70’s and 80’s. Recognized by her soulful voice and heartfelt lyrics, Jackie DeShannon is without a doubt one of the most influential female artists and entertainers of all time.