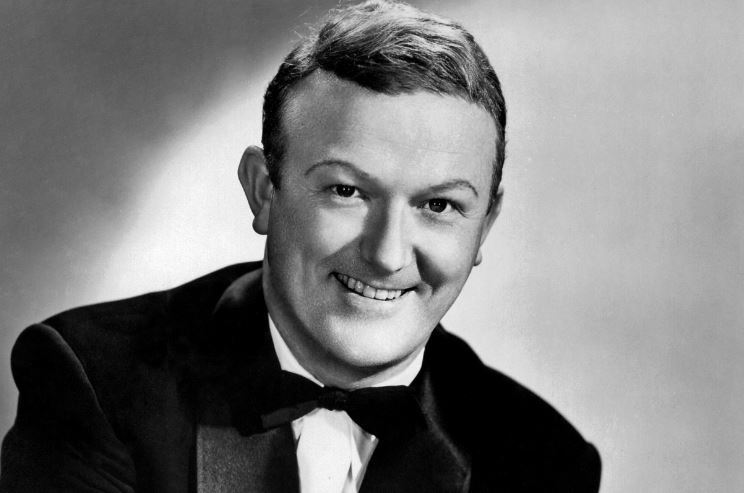 Born in Glasgow, Kentucky, in 1919, as Richard Smith Vaughn, Billy Vaughn is credited with being one of the top most popular orchestra leaders and pop music arrangers of the 1950s and early 60s. Though the
Vaughn’s were a musical family, Billy was encouraged by his father to seek a career path that was more stable. He began writing songs in his spare time as a barber, and later a factory worker in Glasgow. In 1940,
Billy joined the army where he later formed his own band. It was in the army that Billy began developing his skills in arranging and composing.

In 1952, he organized the musical group, “the Hilltoppers” with Jimmy Sacca and Don McGuire. Their song, “Trying” became a hit record, and the group enjoyed almost a decade of success. Billy would leave the group to become the musical director for Dot Records, in Gallatin, Tennessee. Billy formed an orchestra, and became Dot Records’ top moneymaker with hits like “Melody of Love” and “Sail Along Silvery Moon,” which sold over 3 million copies, and which also featured what would be his trademark “twin sax” sound. Billy Vaughn became the first American artist to be awarded a gold record in Europe and the first musician to receive a platinum record for achieving sales well over 3 million.

As a producer and arranger, Billy worked with such entertainers as Debbie Reynolds, Jimmie Rodgers, Gene Autry, the Fontane Sisters and Pat Boone. His string of easy listening hits were widely accepted into mainstream audiences. He was found to be the “most programmed orchestra in 1955 and in 1958. He was awarded the number one choice for recording orchestras in 1959 by the juke box operators. His country songs have been recorded by such artists as Johnny Cash, Jean Sheppard, Sonny James, and others.

Audiences all over the world continue to be reached by the musical talents of Billy Vaughn, considered by his own industry as a music master, able to capture the essence of a song in the most and simple and direct way.