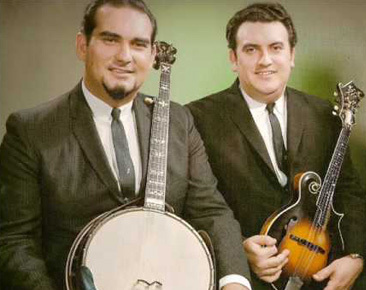 The Obsorne Brothers invented the “High Lead Trio” style of Bluegrass music. From 1956-59, they played the WWVA Wheeling Jamboree, and recorded with Red Allen. In 1963, they joined the Grand Ole Opry and had several country chart successes including Rocky Top, which has the distinction of being the state song in Tennessee.

Their song "Kentucky" was also the state song for the Commonwealth of Kentucky. They toured with many major stars including Conway Twitty and Merle Haggard, and were the first band to play Bluegrass msuic at the White House. They are the only band to win both the Country Music Association and Bluegrass Vocal Group of the Year in the same year.