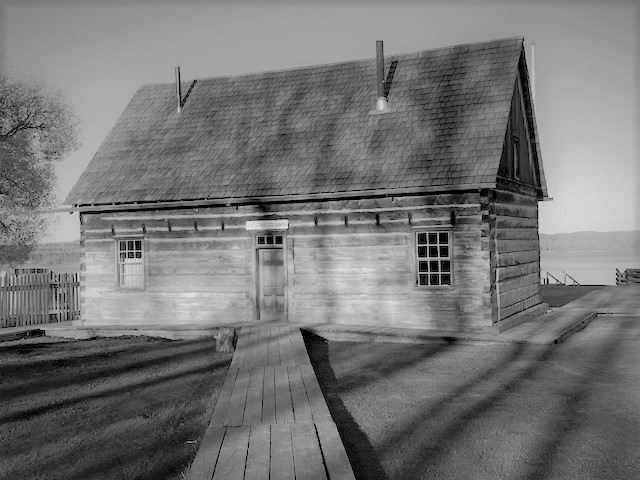 The trade store was where furs were exchanged for supplies and money. The main room held all the trade goods and an attached office was where the clerk would sleep.

You can buy anything from the Trade Store, food, traps, fabric, even hair dye (If you don’t mind black ink in your hair). But the store wasn’t always so well supplied. In the early days, it was difficult to transport materials up to the fort.

One day a company man passed away and Ferdinand McKenzie, the closets the fort had to a doctor, asked the Chief Factor for nails to shut the coffin. The Factor responded “If my own mother died, I could not spare a nail to make her coffin, tie it with willow bark, it is good enough

Later that evening the Chief Factor’s wife snuck out a handful of nails for Ferdinand to use.

By 1896 there was plenty of products to buy in the Trade store, one of the more popular items was Perry Davis vegetable painkiller. It was named such because it had vegetable oil as well as 8 ounces of opium and 5 gallons of alcohol. Perry Davis may not cure you of much, but it would certainly relieve your pain.