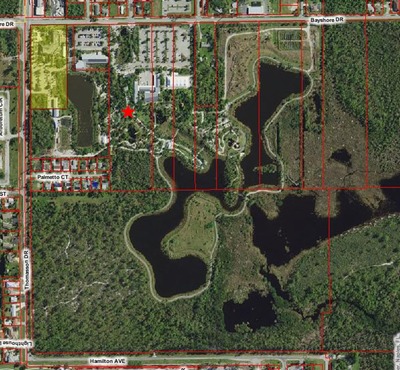 ·        The Garden’s mission can be summed up into four verbs: conserve, discover, engage, inspire. Throughout this tour, we’ll discuss how the Garden serves each point of that mission. Let us begin with some history.

·        A group of plant enthusiasts founded Naples Botanical Garden in 1993 and began to look for land to grow their garden on. In 2000, local philanthropist Harvey Kapnick, Jr. and the Kapnick Foundation donated $5 million to purchase the 170 acres that the Garden is growing on today. Because conservation is such an important feature of our mission, the founders of the Garden immediately set aside 90 acres of the property for conservation.

·        The 170 acres did not have the beautiful gardens and pristine natural areas that you see today. The Garden completed an extensive restoration project to remove invasive plants, build lakes, and restore brackish marshes that provide vital habitat for native plants and animals.

·        This Garden is unusual in that we had a team of designers, each creating a garden of their own design, rather than a single landscape architect. The design phase began in 2006, and the Garden opened a few years later in two phases. The first phase opened in 2009 and the second phase in 2010. Throughout this tour of the Garden, we will note which gardens were part of phase I and II, and how we have changed since our initial opening