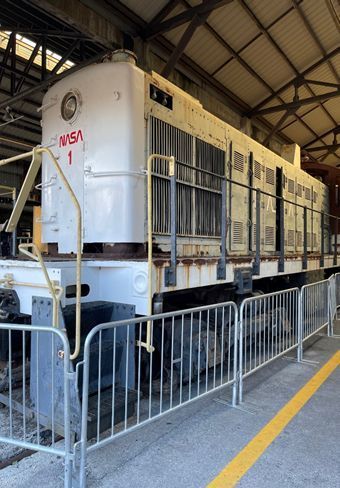 NASA #1, an ALCO S-2, was built by the American Locomotive Company. The S-2 (the “S” stands for “switcher”) was ALCO's most successful diesel-electric locomotive. Between 1940 and 1950: 1,505 were built, 1,465 at ALCO’s works in Schenectady and 40 at its subsidiary the Montreal Locomotive Works in Canada.

Number 1 was one of 23 S-2 units built for the U.S. Department of Defense by ALCO. In the late 70’s, it was one of three U.S. Army S-2’s transferred to the NASA Railroad at the Kennedy Space Center in Cape Canaveral, Florida. It was used to move spacecraft components and chemical fuels on the Space Center property.