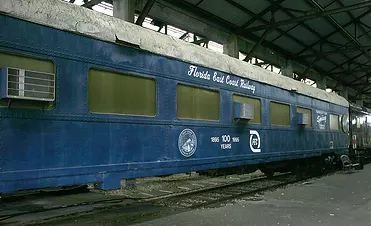 The FEC #1996 Contains an exhibit of South Florida Railroad Photographs. This car was donated by The Florida East Coast Employees as a gift for The Post Hurricane Andrew Recovery Effort.