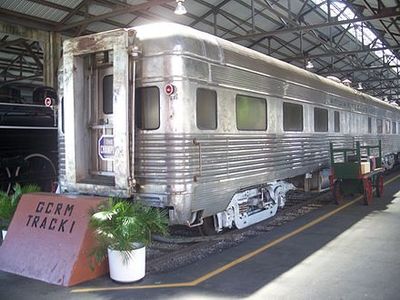 This completely restored dining car, as well as the Seaboard Air Line Coach and Tavern Car sixty-three hundred, are both cars that can be reserved for birthday parties, and other events here at the Museum.