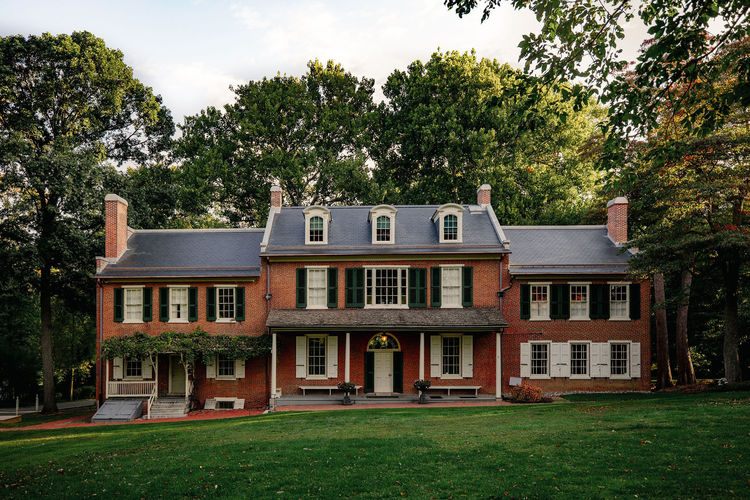 Stop 3 - The Back (South Façade) of Wheatland

This is Stop 3: the Back of Wheatland. You can sit on one of the benches if you like.

Wheatland would be Mr. Buchanan’s home for the rest of his life. Though he was a lifelong bachelor, Buchanan did not move into this spacious home alone. Museum Associate Stephanie Celiberti says he came with what he called his “little family” …

“There were three. Harriet Lane, Mr. Buchanan’s niece, was about 19 years old when she moved here. Strong-willed, bright, and accomplished, Harriet became First Lady under her uncle’s presidency. In January, 1866, she married Henry Eliot Johnston here. And, upon her uncle’s death in 1868, she inherited Wheatland as a summer home.

James Buchanan Henry, known as ‘Buck,’ was Buchanan’s nephew and Harriet’s cousin. He was about 16 when he moved here. He went on to graduate from Princeton, become a lawyer, and serve as the president’s private secretary for two years.

Esther Parker, affectionately known as Miss Hetty, had been Buchanan’s housekeeper since 1834. She ran Wheatland! A careful household manager, Miss Hetty is credited with helping build the family fortune to about four-million dollars in today’s money. Rare in Victorian times, she dined with the family, and she was the only woman who could scold Buchanan without rebuke.”

Both Harriet and Buck had lost their parents to tuberculosis.

Mr. Buchanan’s favorite recreation was a dinner party, and he had them often. So, well before becoming the nation’s principal hostess, Harriet was in charge of a busy social calendar at Wheatland…

"I hasten to tell you how much pleasure it gives us to hear you will be with us so soon. It is perfectly convenient and most acceptable that you should come on Tuesday next, and unless I should hear from you in the meantime, I will send the carriage to meet the train that leaves Philadelphia at eight o'clock that day.”

Buchanan had several paid domestic servants. They took care of Wheatland and facilitated the lifestyle that Buchanan, Harriet, and Buck enjoyed. Wheatland’s domestic staff was primarily Irish, German and African American. Although some lived elsewhere, a handful had rooms in the attic spaces, the carriage house, or in the gardener’s house.