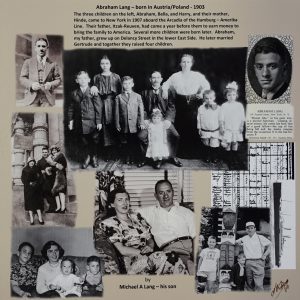 The story of my father's coming to America is a classic young immigrant's tale.

His father came first, worked hard to earn money for the rest of the family to come.

My father was born in Austria, Poland in a town that is now part of the Ukraine.

He came with his mother and two siblings.

They settled in the lower East Side of New York.

Four more children were born there.

He was the only one to finish high school and go to college.

Among his several jobs, he help organize the steam fitters union, Local #1 in New York.

He helped build army camps and ships during WWII.

He married and raised four children, making a life for them better than the one he had.