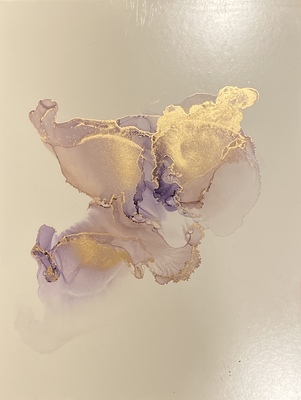 This song was released just before I saw this band in concert for the first time last November.  I painted this the same day the single released, as I recall it almost painted itself!

All of the pieces in the show are made from masonite, a construction material, donated to Turnip Green Creative Reuse by Metro Nashville Public Schools.  I'm not sure what it had been used for, but some of the pieces have dings and scratches in them.  I just decided to make that an intentional part of each piece, so imperfection is baked into every bite!  :)