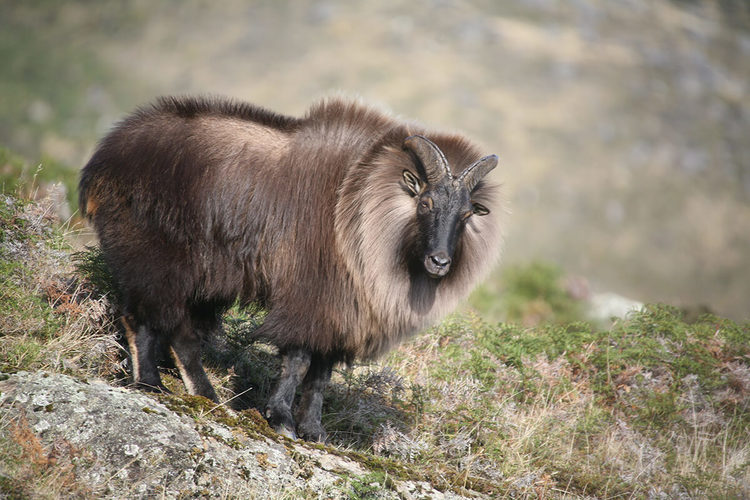 Himalayan Tahrs are another variety of goat. Unlike the widely dispersed Ibexes, Tahrs are native only to a very small area of the Himalayan Mountains south of Tibet. This variety stands out from other goats in that they possess very small heads, which themselves have small horns sticking out of them. This much stands out against their defining feature, which is a coat of very thick fir, shooting outward from their otherwise diminutive bodies. It is surely due to this warm coat that they are able to survive the Himalaya’s notoriously harsh cold.

The most surprising fact about the Himalayan Tahr is that despite their very small, secluded place of origin, they have actually found success worldwide as an invasive species, even as close as New Mexico. Colonists of New Zealand imported them to the island’s Southern Alps region to hunt for sport a century ago, only for them to rapidly increase in population and put a severe strain of the local flora. Like many other goat species, the Tahr is able to digest a wide variety of materials, which has allowed them to devour all kinds of plants rapidly, which has led to a stark decline in foliage and other forms of life dependent on it. This ecological fallout has caused governments to declare Thars specifically unprotected, and have even encouraged hunters to pursue them with mobile apps that track their movements and log kills.